The 4th of July, which can be called the peak of the nesting season for beach-nesting birds, is this weekend. These terns, plovers and oystercatchers brood eggs or have a family of chicks that run around the beach.

On June 26, I spotted a young American Oystercatcher flying a short distance across Sengekontacket Pond from Gravel Island to a nearby mainland salt marsh. Another mostly cultured oystercatcher chick was found at the northern end of nearby Brush Island. Plenty of Piping Plover chicks are roaming other beaches and some of them are about to take flight. The nesting areas are marked and delimited, leaving most of the beach for our use. It is important not to touch these marked areas, as human disturbance can lead to the premature death of a chick. Please share the beach with these birds! 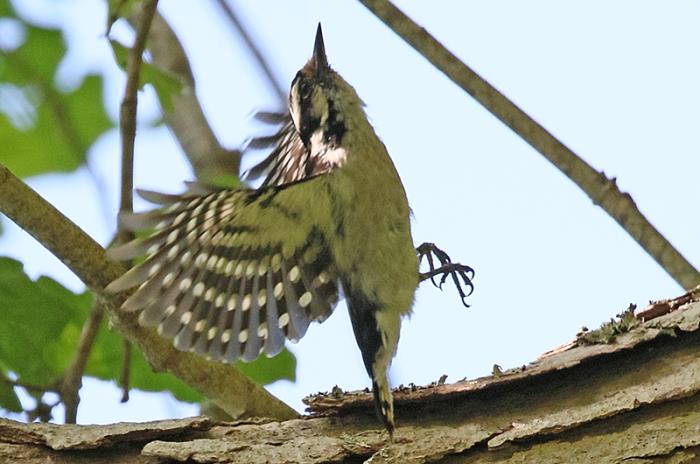 The shearwater show continues off Aquinnah. From Moshup Trail Beach, David Benvent spotted 130 Corys, 100 Greats, a Sooty Shearwater and two Manx Shearwaters, as well as a Northern Gannet on June 27. Allan Keith found about 30 great shearwaters off Squibnocket Point on June 20; they were too far away to identify the species. There was also a Lesser Skua, the second species of skua (pronounced yayger) seen this month, as Allan Keith spotted a parasitic skua last week. Two sightings in June are unusual as these skuas are usually seen in late summer and fall as they harass and steal food from other seabirds, including shearwaters.

Why are the shearwaters so much more abundant than a typical month of June? Well, the sandeel is a small fish that is perhaps the most important baitfish in our waters; almost all pelagic species eat them. They are abundant this year in our waters for some reason we don’t yet understand, and their unusual abundance has attracted shearwaters and skuas. 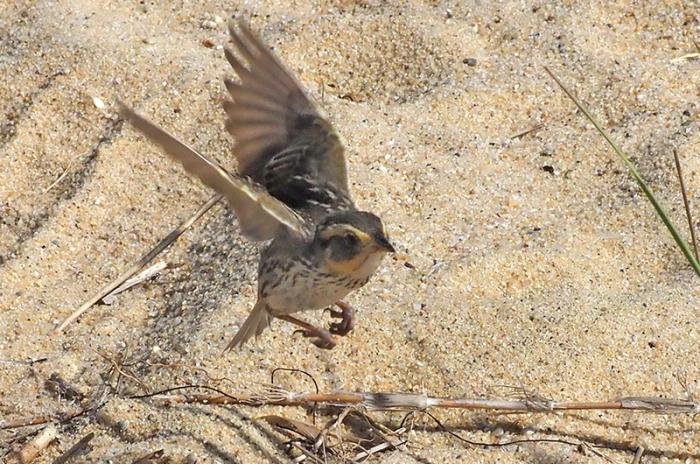 The dead shearwaters washing up on our beaches may be because of their abundance. They have just completed a long migration from their breeding grounds in the South Atlantic. This migration is stressful, especially since they pass through a lot of hot and unproductive tropical ocean waters. This may not be a problem for healthy birds, but weaker individuals may not have enough food and may starve. It is likely that these weakest individuals, including juveniles that are only a few months old, are the ones that die offshore and wash up dead on our beaches. If these shearwaters were further offshore, perhaps hunting along the edges of the Gulf Stream, the dying birds would not be near the vineyard and far fewer would wash up on our beaches. Every year a few dead shearwaters wash up, but not as many.

A number of reports have identified dead birds on our beaches as cormorants, possibly due to the similarity in their beaks. However, all dead birds and photos I have seen or heard of are great shearwaters, not cormorants. 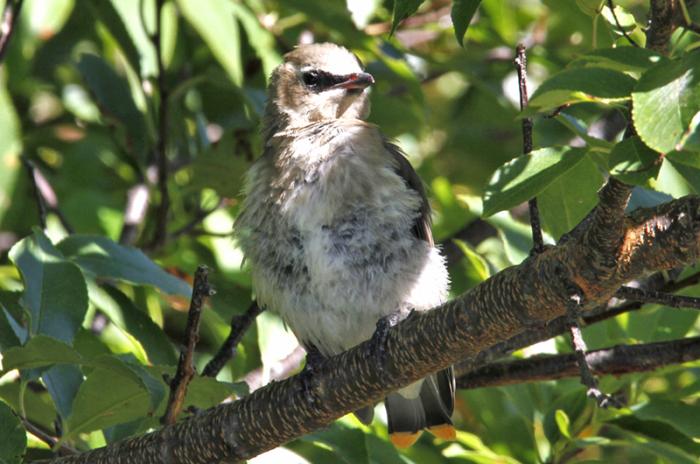 Avian flu has also been frequently cited as the cause of this mortality. MassWildlife reported 14 confirmed cases of bird flu in Massachusetts this year, but all of them were in March when the shearwaters were 7,000 miles away on their nesting islands in the South Atlantic. I suggest otherwise; it was a coincidence of ocean currents and food supply that probably caused all those dead shearwaters to wash up on our beaches. However, it’s still a good idea to avoid touching these dead birds and to wear gloves if you have to pick them up to move them. Wash your hands thoroughly afterwards.

Shorebirds appeared this week. Are these mid-sized sandpipers lingering from their northward migration or are they the vanguard of the southward migration after breeding? Liv Sipperly spotted a greater yellowlegs on June 24 at the Farm Pond Preserve. On June 25, I saw one at Sengekontacket Pond near the fourth hole of Farm Neck, and David Benvent found it at Crackatuxet Cove. The next day, David Benvent observed one at Felix Neck and Seth Buddy spotted a small knight on the beach at West Chop. Shea Fee and Ian Davies spotted two red turnstones in Cape Pogue on June 20.

Most of the news this week is about the breeding season. Allan Keith reports that his Tree Swallows have just completed their second brood of the season and that he heard a Black-billed Cuckoo at Squibnocket Point on 20 June. Ellen Bunch gave a tour of her orchard and some Baltimore orioles at her feeder on June 22. Lanny McDowell spotted a sharp-tailed sparrow in the salt marshes of Mattakessett Bay on June 23. 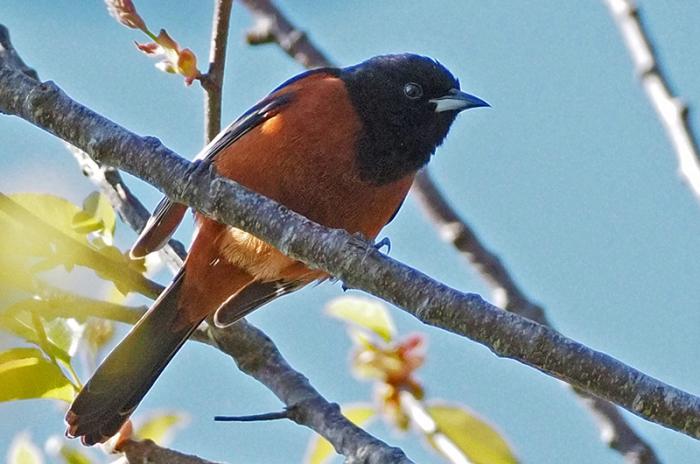 On June 24, Anne Culbert observed a mockingbird nesting in a solitary juniper in the Steamship Authority terminal roundabout at Vineyard Haven. Julia Austin observed two young downy woodpeckers visiting her suet feeders on June 24. Cynthia Bloomquist spotted a robin with a fledgling on June 24. Shea Fee heard a woodcock showing up on June 25 in Wasque. She also notes that a Mourning Dove is on a nest there and the Eastern Tyrants are busy feeding their young. On the same day, David Benvent counted 10 adult and 15 baby wood ducks at Blackwater Pond.

David Benvent made a lot of bird sightings this week. In addition to the sightings already mentioned, on June 25 he also found two gadwalls at Crackatuxet Cove, a scarlet tanager at Blackwater Pond, a yellow-throated warbler on John Hoft Road, and two wood thrushes and a field sparrow at the Waskosim’s Rock reserve. . On June 27, he added a Hen Harrier along Moshup Trail.

Steve Allen reports that the Felix Neck Early Birders had a great walk on June 23 with 15 birders finding 45 species. Highlights were a black skimmer, at least 5 green herons, at least 6 willets, belted kingfishers, a yellow warbler and a great crested flycatcher.

Robert Culbert is an environmental consultant with Nature Watch LLC and lives in Vineyard Haven.